Could Kratom Help fight off the Coronavirus? 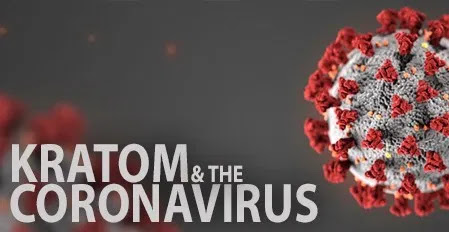 Dr. Thamrin Usman, a professor of chemistry at Tanjungpura University in Indonesia, recently said in an interview, “the diversity of tropical plants (Kratom) in West Kalimantan have a lot of compounds that can strengthen the immune system and ward off coronavirus.”( https://pontianakpost.co.id/kratom-dan-tumbuhan-tropis-lain-miliki-senyawa-tangkal-corona/). Kratom is one such promising plant.

The following alkaloids can boost immune system: Epicathecin, Isomitraphylline, Isopteropodine, and Mitraphylline. The flavinoid Epicatechin (also found in Green Tea) is a powerful antioxidant, with antinflammatory, antidiabetic, andtibacterial, and antiviral properties. As noted by Dr. Usman, Kratom reportedly has a similar chemical structure as Chloroquine, a drug that has been successful in-vitro controlling the replication frequency of the previous sars-cov, and the current SARS-COV2. However, they've been unable to replicate this phenomenon inside human beings. "By looking at the chemical structure of Chloroquine molecules that contain secondary and tertiary amine compound structures, it can be considered to use kratom leaves. Because the Mitragynine compound in kratom is actually a secondary and tertiary amine compound", says Usman.

Hydroxychloroquine, a derivative, has shown some effectiveness in humans in limited trials, not the full controlled trials required by the fda (and the science/medical community) and has been promoted rather aggressively by Trump. A small group in France found that there were fewer viral cells in the blood after taking the combination of azithromycin and hydroxychloroquine. Remdesivir, a drug developed to fight ebola, has shown promise in coronaviruses like SARS. It was also reported to have reduced symptoms in the Kirkland, Washington case, the first COViD19 case in the US.


Kratom's immune system boost on humans has somewhat been documented via anecdotal accounts on r/kratom and other forums. Some have reported high white blood cell counts while taking kratom. Others have reported an immunity to cold and flu. Because of the immunoboost, antiviral properties, and the similarities to Chloraquine, there exists a possibility (NO EVIDENCE) that Kratom could help fight coronavirus in the same way it fights off cold and flu. Epicathecin has shown effective at preventing the replication of viral cells (influenza) within the body (https://www.ncbi.nlm.nih.gov/pubmed/16137775).

Kratom is really good product it has many health benefits.